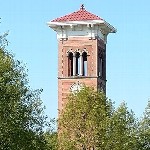 Mark Hatcher is an attorney and partner with the Columbus law firm Baker & Hostetler, LLP.  He specializes in corporate and commercial law transactions, healthcare transactions, and regulatory compliance.

He was named as one of Ohio's Super Lawyers "Rising Stars" and recognized in Who's Who in Black Columbus where he received the renowned Emerging Leaders Award.  He serves on numerous boards including the Next Generation Development Corporation, Ohio Minority Supplier Development Council, King Arts Complex, Ohio Physicians Health Program and Isabelle Ridgway Care Center.

Larry Macon, Jr. is an inspirational speaker, pastor, teacher, and author.  A native of Cleveland, Ohio, he has held positions in Congress and state government, and has been deeply involved in a host of philanthropic efforts ranging from organ & tissue donation to organizing Haitian relief.

Recently, Mr. Macon was selected for Kaleidoscope Magazine's "40 Under 40," a feature of 40 African Americans, ages 40 and under, who are making significant contributions within the United States and within their respective organizations.

He received his Bachelor of Arts degree in Political Science from the University of Central Florida; Jurist Doctorate degree from Florida A&M University, College of Law; and Master's in Theological Studies from Liberty University in Lynchburg, Virginia.

Mr. Macon is currently the co-pastor of Mt. Zion Church of Oakwood Village, one of the largest churches in the Greater Cleveland area with a membership of over 5,000.

Marlon Moore is the Senior Vice President, Chief Diversity & Inclusion Officer for Huntington Bank.  Mr. Moore's organizational focus is on improving the mix of diverse talent and suppliers through strategic execution of Huntington's diversity and inclusion strategy and, through his leadership, the diversity team is impacting the culture at Huntington creating an environment where employees are engaged and empowered.

Mr. Moore earned a Master of Arts degree in Psychology, with a specialization in Diversity Management from Cleveland State University and is currently pursuing a Ph.D. in Organization Leadership from the Chicago School of Professional Psychology.  He has written articles for Savoy and Kaleidoscope magazines on leadership and diversity.  He received the Champions of Diversity Award from DiversityBusiness.com and was recognized for his Leadership in Supplier Diversity by the Asian American Commerce Group in Ohio.  Recently he served on the Board of Directors for the Diversity Center of Northeast Ohio and, in 2013, was appointed to the Ohio Minority Business Advisory Council by Ohio Governor John Kasich.

Linda Dukes-Campbell received her Bachelor’s degree in Psychology from Central State University in 1975, and completed the first year of her Master’s degree in Journalism from Ohio University in 1976.  She has nearly 20 years of broadcasting experience, having worked as a reporter, News and Public Affairs Director, and Assistant to the General Manager of WEWS TV-5 in Cleveland, Ohio.  At WEWS, she brought to the station “A World of Difference,” and 18-month prejudice reduction campaign; and conceived and co-produced the national Emmy Award winning special “Color Blind.”

Reginald Fields is the Director of Communications and External Affairs for the Ohio State Medical Association, the state's largest physician-led association, where he specializes in strategic communication, brand reputation, and community outreach.  He is also a community service advocate holding board appointments for several statewide organizations focused on improving the lives of people with mental health disabilities and eradicating childhood hunger.

Mr. Fields previously worked as an award-winning journalist, twice nominated for a Pulitzer Prize, the industry's highest writing honor.  He worked as a national general assignment reporter for The (Baltimore) Sun and later as the Statehouse Bureau Chief for the (Cleveland) Plain Dealer, Ohio's largest daily newspaper.

Sherri Richardson , CPA, is the founder and partner for Richardson & Associates, LLC, a Cincinnati, Ohio CPA firm that provides consulting, auditing, accounting, tax and grant writing services for both non-profit and for profit companies.  It is certified as a Small Business Enterprise (SBE), Minority Business Enterprise (MBE/EDGE), and "Green" certified by the City of Cincinnati.

Ms. Richardson received a Bachelor of Science degree in Accounting from the University of Cincinnati.  Immediately following, she worked for top accounting firms such as Arthur Anderson, Federated Department stores (Macy's), Grant Thornton and Fluor Fernald (Department of Energy).  The bulk of her experience is concentrated expertise in risk assessment.

Christopher Wyche is currently serving as the Director of External Affairs for AT&T Ohio where he serves as the "face" of AT&T in the central Ohio area.  He is responsible for ensuring that local communities are aware of AT&T's key initiatives and for building relationships with local stakeholders.  Additionally, Mr. Wyche helps to manage AT&T's corporate philanthropy efforts for the central Ohio area.

Prior to joining AT&T, Mr. Wyche served as Development Manager for City Year Columbus, a local education-focused non-profit that is dedicated to helping students and schools succeed.  He also gained valuable experience while serving as the Corporate Relations Manager for the United Way of New England.  While working for the United Way, Mr. Wyche was responsible for developing regional fundraising campaigns for large multi-state corporations headquartered in the Boston area.

Mr. Wyche is a graduate of Ohio Wesleyan University and holds a Bachelor of Arts degree in Economics Management, and a minor in Psychology.  He believes that a quality education is the key to future success.