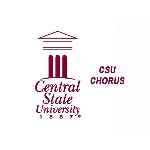 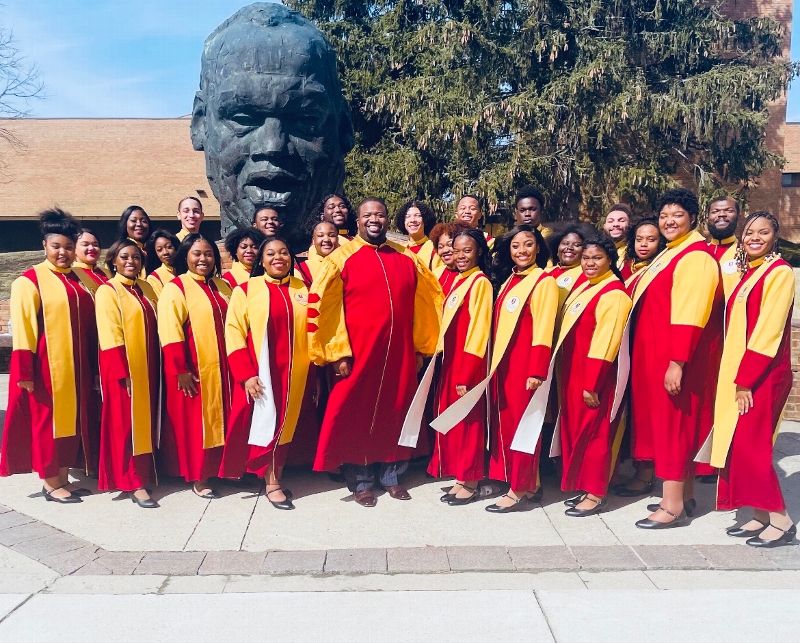 “The Central State University Chorus is recognized as one of the finest choral ensembles in the country” –Erich Kunzel and Maestro James Conlon conductor of the May Festival Chorus. The highly acclaimed Central State University Chorus, under the direction of Professor Carlos B. Brown, has a repertoire encompassing all periods and styles, highlighting the contributions of African-American composers and arrangers. Vocal music has always played a major role in the history of Central State University. Located in historic Wilberforce, Ohio, Central State University has served as a launching pad for many outstanding singers of international renown including Leontyne Price, Roberta Alexander, and Nancy Wilson. The Chorus includes more than fifty students from all areas of the university. The chorus has performed in the chambers of the House of Representatives and the Ohio Senate, as well as for the Ohio Music Educators Association (OMEA). The singers have toured over Ohio, the Miami Valley, the East Coast, Midwest, Southeastern U.S., and several European countries. In 1994, the Chorus performed in Washington, D.C. to commemorate the 30th anniversary of the 1964 Civil Rights Act. Also, in 1994 the Chorus was nominated for a Grammy with Erich Kunzel and the Cincinnati Pops for Amen! A Gospel Celebration. In 2009 the Chorus was sent to Passau, Germany to represent America and to promote the World Choir Games that took place in Cincinnati, Ohio at the invitation of the Cincinnati Arts Bureau. In 2011 the Chorus performed and toured in Beijing, China. In 2013, the Chorus was invited to perform at the White House for the 44th President of the United States Barak H. Obama. In 2014, the Chorus went on a 32-day tour of Spain, Germany, and Prague Czech Republic culminating in a performance of Porgy and Bess at the historic Prague Proms Festival. The group has performed with Grammy Award Winner Kanye West, Minister B. Chase Williams, Karen Clark Sheard, Stevie Wonder, Albertina Walker, Tremaine Hawkins, Vaclav Nelhybel, and have presented a tribute concert to famed CSU graduate and operatic diva Leontyne Price, as part of the Central State's Centennial celebration in 1987. The singers play a very active role in campus events and serve as goodwill artists and ambassadors in a wide variety of settings, including conventions, banquets, and convocations. The Chorus honors its rich musical legacy and heritage and pays homage its previous notable conductors, Mrs. Beatrice Seberia Turner O’Rourke, Oscar Henry, Arthur Herndon, William H. Caldwell, and Jeremy Winston.